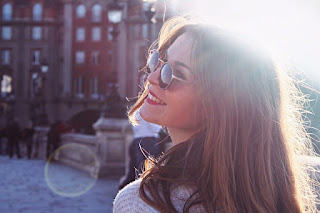 Continuing our in-depth look at the designer type perfumes offered by Scents Unlimited:

CK Be. Calvin Klein introduced Be in 1996. Perfect for the daytime, CK Be is both light and unisex. Light and fresh and perfect for a breezy spring afternoon. CK Be is a blend of musk, sandalwood, peach, magnolia and mandarin. It’s a consistent that will become your favorite!

CK One. One by Calvin Klein is the perfect fragrance compliment for the zen. Launched in 1994, One has top notes of pineapple, mandarin orange, papaya, bergamot, cardamom and lemon. Like Be, One is a unisex cologne. It’s note in history is that it was the first very successful unisex fragrance in the United States.

Coach. In 2007 Coach ventured into the fragrance world, and has become a popular scent for millions of women. Coach is a great scent for the free spirit. Coach is most-widely described as “Downtown chique” that opens with a bright raspberry. Middle notes of Turkish rose and a seductive musk base give this popular scent contrast.

Coco. Coco was created by perfumer Jacques Polge and launched by Chanel in 1984. Coco is a mysterious blend that includes top notes of Tunisian Orange Blossom and Sicilian Mandarin and a vibrant, woody trail.

Colors. Colors by Benetton Perfume is a diverse and exotic fragrance. Spicy lovers will love top notes of Egyptian sage and Israeli basil and combine nicely with neroli, passion fruit and French hyacinth. Colors is a truly unique fragrance that stands completely on its own.

Cool Water. Cool Water for Women was launched after the instant success of the male version. The women’s fragrance, created by Daffidov and made its debut in 1996. Cool Water will take you to summer days at the beach, with pineapple, quince and melon as its top notes. Cool Water is a great summer scent when you need a burst of cool droplets of water in the humid air.

Covet. Covet is the most popular perfume from the Sarah Jessica Parker collection. Covet was launched in 2007 and was an instant success, garnering praise from industry experts for its boldness and reservation. Designed for vibrant, upbeat women, Covet is spicy but not overpowering. Covet is a wonderful blend of sweet and savory, with top notes of green mint, Sicilian lemon and lavender with middle notes of magnolia, honeysuckle and lily-of-the-valley, combined perfectly with base notes of musk and cashmere wood.

Order your favorite fragrance at Scents Unlimited and save up to 80% today!
Posted by Unknown at 9:44 PM