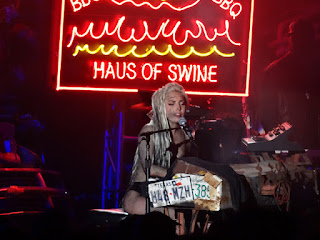 Continuing our look at the designer type perfumes we offer:

Escada. Escada is a luxurious and truly feminine fragrance. Elegance is at the forefront of all of their fragrances and it’s original scent, more than 20 years old, is still immensely popular. Escada is a great springtime scent for those looking to change things up after a long winter.

Estee. Estee, by Estee Lauder was launched in 1968. Estee is a straightforward floral fragrance with top notes of coriander and jasmine. Heart notes of rose, muguet, lily and carnation and base notes of sandalwood, amer and oakmoss round out this timeless classic. As with most fragrances from the late 60s/early 70s, it’s rather prominent. Estee is great for the outdoors, but not for the office.

Eternity. Eternity by Calvin Klein was launched in 1988. Klein designed the fragrance as a tribute to his wife and their marriage. Eternity is a green and citrus fragrance with notes of carnation and spiciness. At its base is musky notes, pink sandalwood and powdery heliotrope.

Euphoria. Euphoria is another fragrance originally developed by Calvin Klein. Launched in 2005, Euphoria became instantly popular among those who love fruity perfumes. Euphoria is aptly named, as the fragrance is very luscious and luminous with rose tip, Japanese apple, black orchid, amber, black violet, red woods and green leaves as its main notes.

Fame. Fame by Lady Gaga was launched in 2012. Gaga’s first fragrance is a collaboration with her own fragrance company in France (The Haus Laboratories Paris) and the well-established Coty. A combination of atropa belladonna, tiger orchid, apricot, honey, incense and saffron are the main notes of Fame. While Lady Gaga has said the fragrances is intended to smell like an “expensive hooker” the more appropriate description is a mysterious, dark scent that is perfect for night’s on the town.

Fantasy. Fantasy is another perfume developed by a pop star. Fantasy was launched in 2005 as Britney Spears’ second fragrance. Fantasy is woody-oriental with notes of kiwi, lychee, jasmine, white chocolate and quince, with a very sweet cupcake accord. At its base is woody and creamy musk notes.

Fendi. Fendi was founded in 1925 as a boutique in Rome that specialized in leathers and furs.  The first Fendi fragrance was launched over six decades later, in 1985. Fendi keeps the spirit of the original company alive, with top notes of leather, sandalwood, musk, amber and rose. Fendi is a great dynamic perfume for date nights.

Fidji. Fidji is another classic perfume, launched in 1966 by Guy Laroche. Fidji isn’t as prominent to the nose as some other fragrances of the time. It’s a playful daytime fragrance with a blend of hyacinth with lemon, rose, carnation, jasmine and bergamont. Fidji is the perfect every day perfume to splash on before everyday activities.

Shop all these designer type perfumes on our website!
Posted by Unknown at 11:36 AM