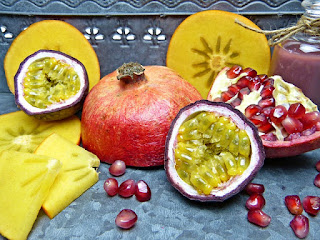 Continuing our glance at some of the discount fragrances offered by Scents Unlimited in our perfume and personal care products:

Blonde. Blonde was launched by Tiverton in 2012. It's top notes consist of a welcoming-blend of sweet and summery. It includes fresh mandarin and floral notes. Middle notes consist of flowery orchid and rose, along with jasmine and plum. It's a long lasting fragrance that lends well to the summer months.

BLV. BLV for women, by Bvlgari is a passionate contradiction of hot and cold. First available in the early 2000's in Italy, Americans took quickly to BLV in the first half of the century. It's top note of ginger plays well with sensual vanilla, wisteria and sandalwood. We love it in our all-natural lotions.

Bombshell. Bombshell was created by Victoria's Secrete in 2010. Perfect for exotic adventures, Bombshell contains all the fragrances of the islands, like passion fruit, Shangri-la peony and vanilla orchid. Looking for the perfect fragrance for a date night on a tropical vacation? Make sure to pack Bombshell.

Bora Bora. Bora Bora was created by Liz Claiborne in 2003. It's an excellent casual perfume with top notes of pink peppercorn, sand accord and tropical mango. Bora Bora is enticing and hypnotizing without over-pretentiousness.

Boucheron. Boucheron, originally launched in 1988 remains popular as a symbol of traditionalism, elegance and splendor.  Boucheron is a French family dynasty that has been known all over the world for its jewelry and fragrances since the 1850's. The Boucheron fragrance was inspired by the art of Parisian goldsmiths from the Palace Vendome. It's top notes are both floral and spicy, with a thin, opulent base.

Burberry. Burberry is a very popular line of fragrances for both men and women. The original Burberry, launched in London in 1995 is a simple, yet charming fragrance perfect for city living. It's top notes are an enticing fresh burst of fruits, including peach, pears, apricot and black currants. Sharp notes of jasmine in the middle is finished with sandalwood and cedar. Frenchman Michel Almairac helped develop this timeless scent.

Order these designer type perfumes in any of our products by visiting our website! For beauty tips and special deals, like us on Facebook!
Posted by Unknown at 10:28 PM